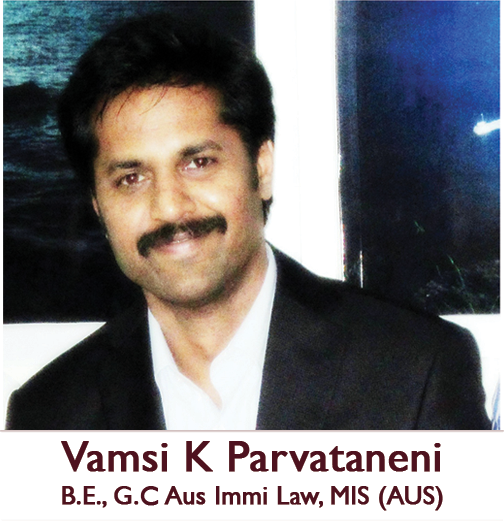 Mr. Vamsi Parvataneni is the Founder of Storm. Storm was established in Australia, during 2001 and subsequently in India. Storm created a revolution in India, Australia and South Asian countries with its outstanding performance. It is known for upholding the quality.

He earned a good name for his dynamism and broad vision which lead to the victory of Storm. Storm today has become global leader in providing esteemed educational services with outstretched means and zealous contribution of quality facilities both India and Australia.

He is the sole backbone for the immense reputation which Storm earned since decade and he joined hands with some of the strongest and influential personalities in the field of education to bring broader changes to Storm’s overseas consultation.

Dr. Murthy is a Consultant of Storm International Group (SIG) for USA and Canada Operations. He is the former Director of INFLIBNET (UGC) in the Rank of a Central University Vice-Chancellor with a jurisdiction of all Indian Universities President and Fellow of the Society for Information Science (SIS). He has 30 years of rich experience in academics and has mentored several leaders in the field of International Education.

He retired as the Registrar & Librarian of the English & Foreign Languages University. Subsequently, he has taken up the challenge of counseling young Indian students who are willing to pursue higher studies in USA / Canada. As an International Educator, he visited over 40 countries. He has handled over 2000 profiles from diverse fields and guided the students to several North American Universities for different intakes. He is a Visiting Professor at numerous Indian and Foreign Universities.